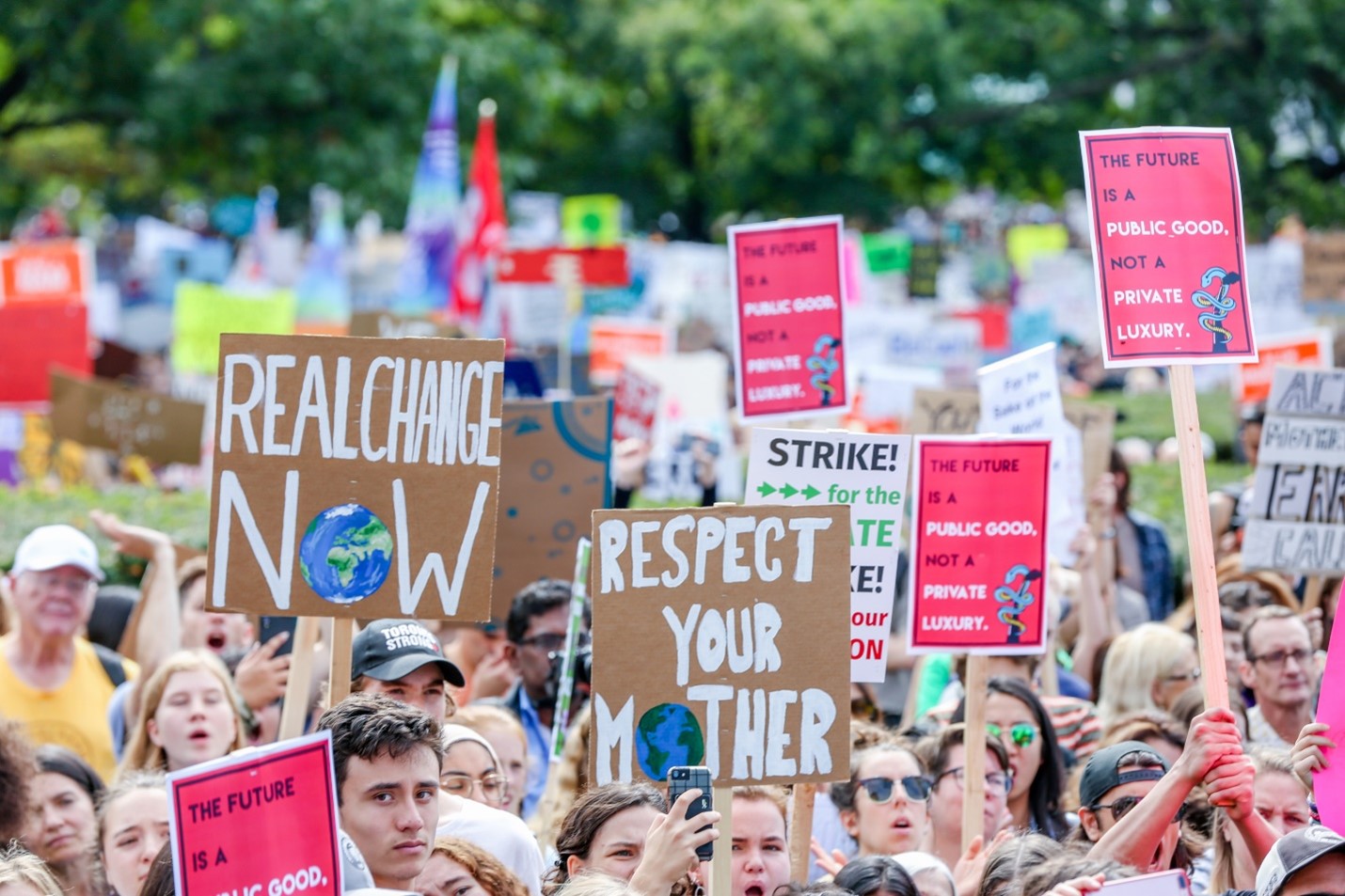 Taking personal action to mitigate the impacts of climate change, whether small or large, can help individuals confront their climate fears and feel empowered. Small steps include recycling, reducing personal use of plastic, or taking public transportation to reduce consumption of fossil fuels can reinforce feelings of hope and mitigate stress. This is especially true when people see others engaging in the same behavior, reinforcing the concept that the collective effect of individual small steps can make a significant difference. There are also increasing examples of individual actions that have a large impact. For example, in early 2022, the United Nations News covered the story of Nzambi Matee, an engineer from Kenya who started a company to convert plastic waste into building materials. Matee revealed that she was motivated to start her company because she was tired of watching her community in Nairobi, Kenya struggling to manage their plastic waste.
The importance of implementing effective and scientifically robust climate change policies in local and national governments cannot be ignored. This collective concern about climate change is also important to help individuals feel that their voices are being heard and their concerns are being met. Leaders need to enact policies that will mitigate climate change and provide support for climate-positive efforts.
Positive examples include the 26th United Nations Climate Conference (COP26), during which many government parties formed new policies and agreements to reduce forest loss and to decrease greenhouse emissions. In COP26, 100 nations signed a plan to cut methane emissions by 30% by reducing fossil fuel production. In addition, the U.S. along with the United Kingdom, Germany, and Norway pledged $1.7 billion U.S. dollars to indigenous groups to support their work in forest and land conservation. By addressing both the gap in resources for climate change mitigation and mental health, governments can help their citizens adapt and prepare for the evolving climate crisis.
News media also have a significant role to play in mitigating the negative impacts of climate change on mental health. The framing of climate change media coverage strongly influences individual perception and understanding of current climate events. The tendency for media outlets to highlight the doom and gloom of the planet, while effective in gaining the reader’s attention, may exacerbate eco-emotions if not balanced by information regarding mitigation efforts being developed. There is reason for hope as illustrated by a recent report published in Science News, in which researchers from the University of Oxford described an inexpensive way of using planes to capture atmospheric CO2 for direct conversion into fuel. This news highlighting an innovative solution for reducing the carbon footprint of flying, which accounts for 12% of the global transportation carbon emissions, is inspiring and can have a significant positive effect on mental well-being.
In summary, the climate crisis is real, and it is having documented adverse effects on human mental health. It is incumbent on individuals, communities, news media and governments to consider not only how we educate each other on climate change, but also how we protect against the potentially devastating impacts of climate change on mental well-being. After all, good mental health is critical to the development of creative and effective solutions to the climate crisis.

To download this piece from UC Davis, click the eBook available here.
The Department of Molecular Biosciences serves as the academic home for all nutritional, physiological chemistry, and pharmacologic and toxicologic programs of the School of Veterinary Medicine at UC Davis. The goal of the Department of Molecular Biosciences is to study fundamental biological processes and their perturbations by mutations, nutrition, drugs and xenobiotics and the application […]