The large pool of unvaccinated children in Afghanistan, while decreasing, still represents a major risk for transmission of wild poliovirus. Above: A polio vaccinator marks a home to show that the children living there have been vaccinated. ©UNICEF
Countries are redoubling their efforts to keep children safe from polio in the wake of disruptions to childhood immunization programmes caused by COVID-19, natural disasters and conflicts.
The recent reappearance of poliovirus in the United States and other countries long free of the paralyzing disease are “a disturbing reminder that until polio is eradicated everywhere, it remains a threat everywhere,” said WHO Director-General Dr Tedros Adhanom Ghebreyesus.
Support from contributors – among them the Bill & Melinda Gates Foundation, the US Centers for Disease Control, Gavi, the Vaccine Alliance, and Rotary International – is helping countries reach children with vaccines and monitor communities for the presence of wild and vaccine-derived poliovirus.
Polio and other infectious diseases are presenting a special threat in Pakistan, where months of floods have brought on a humanitarian crisis. In August, WHO allocated US$ 10 million from its Contingency Fund for Emergencies (CFE) to help Pakistan respond. The CFE is fueled by flexible contributions from 16 Member States. The fund’s top contributors are the United States and Germany.
Good news comes this week from Sudan, where health officials marked the end of a polio outbreak.
Worldwide, polio cases have dropped 99 percent since the founding in 1988 of the public-private Global Polio Eradication Initiative – of which WHO is a core partner.  The fight against wild poliovirus is concentrated in Afghanistan and Pakistan, where the virus is still endemic.
This week, we touch upon efforts to stop polio in Afghanistan, Cameroon, Democratic Republic of the Congo, Malawi, Mozambique, Palestine, Somalia, Sudan, Tajikistan, Tanzania, Zambia and Zimbabwe.
Read more:
WHO releases US$ 10 million in emergency funding to help flood victims
WHO webpage on the Pakistan crisis (who.int)

A baby gets her polio vaccination in Sudan    Photo: ©WHO/Sudan
Sudan this week celebrated the end of a poliovirus outbreak that the country defeated with a vigorous campaign of child vaccination and disease surveillance, supported by WHO and other partners.
The outbreak began in March 2020 when the virus spread from Nigeria via Chad to Sudan. By the end of 2020, the outbreak reported its last case. An outbreak is considered over when poliovirus is not detected anywhere in the country for at least a year.

Sudan will continue disease surveillance, which involves testing sewage runoff for the virus and monitoring the population for symptoms – until chains of poliovirus transmission elsewhere in the world are interrupted.
Video from Sudan: “To eradicate a disease, you have to search for it.” 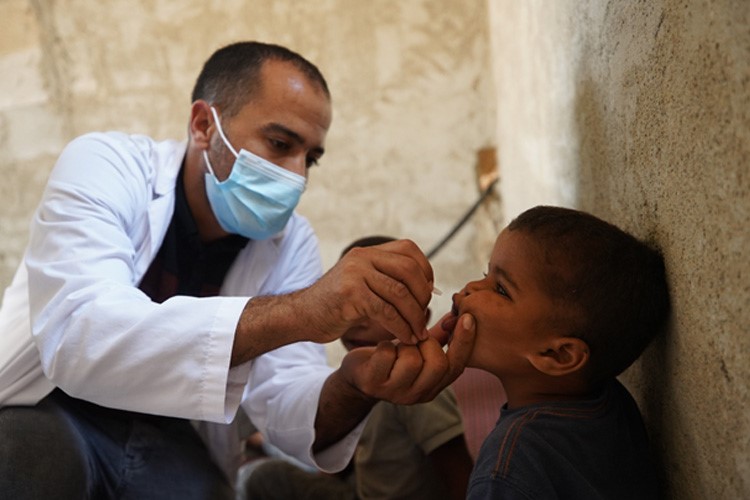 The remote health worker: “The roads are very difficult, and the weather is hot. In the coming week we will do another day in the remote areas so we can accomplish our mission,” said nurse Mohammad Rashaida of the Bedouin community of Arab al-Rashaida. ©WHO
The registrar. The vaccinator. The mother. The father. The grandparent. The cold-chain manager. The remote health worker.
Read the story of a vaccination campaign in this culturally, environmentally diverse land through the faces and voices of those who took part. 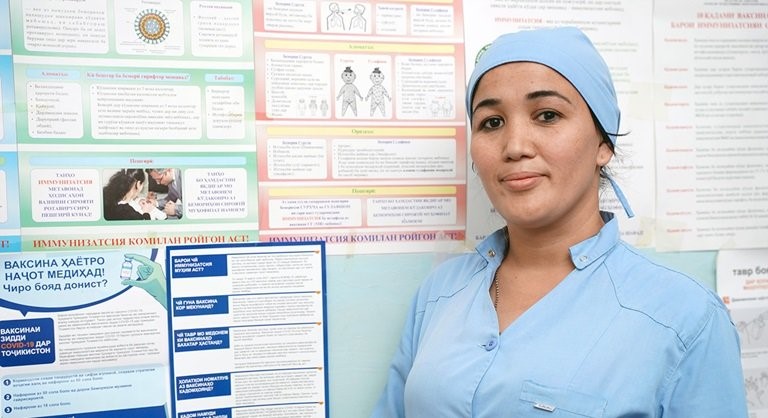 A health worker in Tajikistan. ©WHO
Detection of just one case of polio is considered an outbreak and requires an immediate, comprehensive response. Read about how Tajikistan squelched an outbreak with help from WHO and other Global Polio Eradication Initiative partners.
“This outbreak and the subsequent response came at a time when the health system was already overstretched by the COVID-19 pandemic and the country was mounting a massive COVID-19 vaccination drive,” said Dr Hans Henri P. Kluge, WHO Regional Director for Europe. “Both outbreak responses had to be done without disrupting the vitally important provision of other routine vaccines to children.”
MAP: Polio outbreaks worldwide The latest data comes from the Global Polio Eradication Initiative.
Video: What is vaccine-derived poliovirus?

A team of experts recently visited Afghanistan to review the country’s polio surveillance system. Dr Abdinoor Mohamed, an epidemiologist with the Global Polio Eradication Initiative, kept a diary of the work.
We’re here to apply a magnifying glass to Afghanistan’s surveillance system, to see if there’s anywhere the virus might still be hiding and recommend adjustments to make sure the system is capable of catching it, he wrote.
Read the full diary.
Related: The challenges of polio surveillance in Yemen 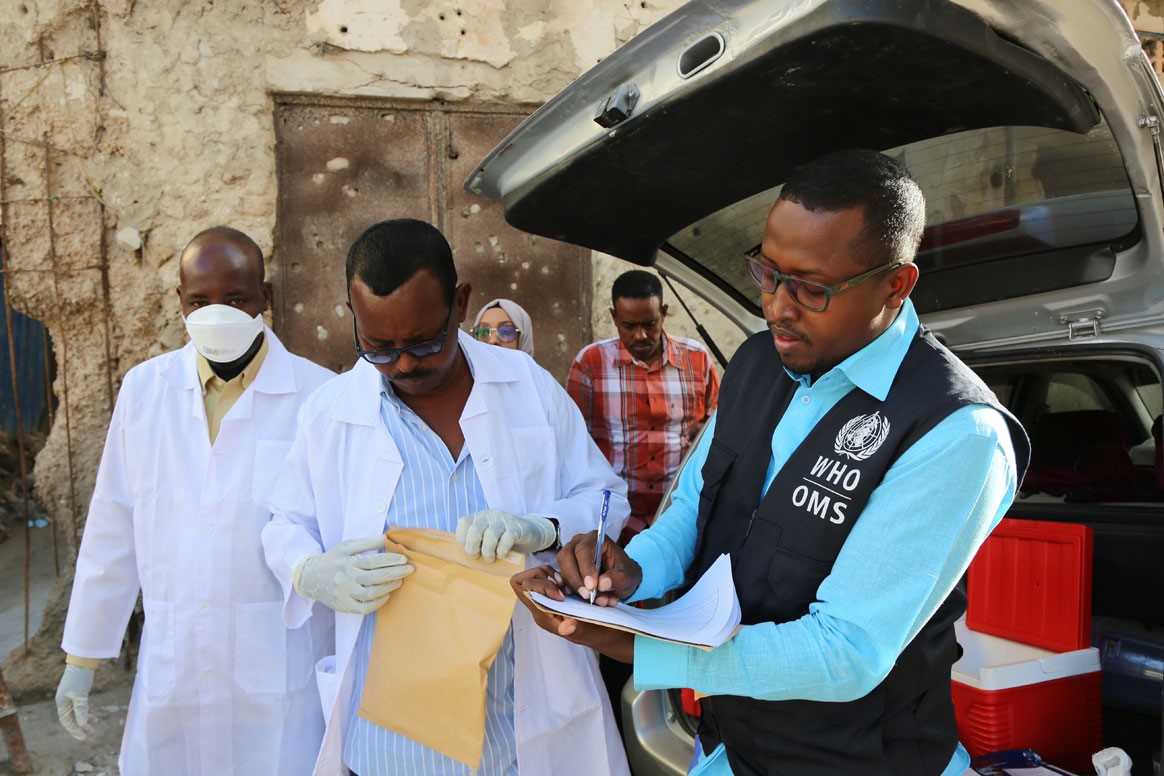 Somalia has been protecting millions of small children from polio through special immunization days that WHO and UNICEF have helped organize.
Reaching every child, especially those who have no vaccination history, is challenging for the country’s fragile health system, and the national immunization days give the effort a boost, said WHO Somalia Representative Dr Sk Md Mamunur Rahman Malik. 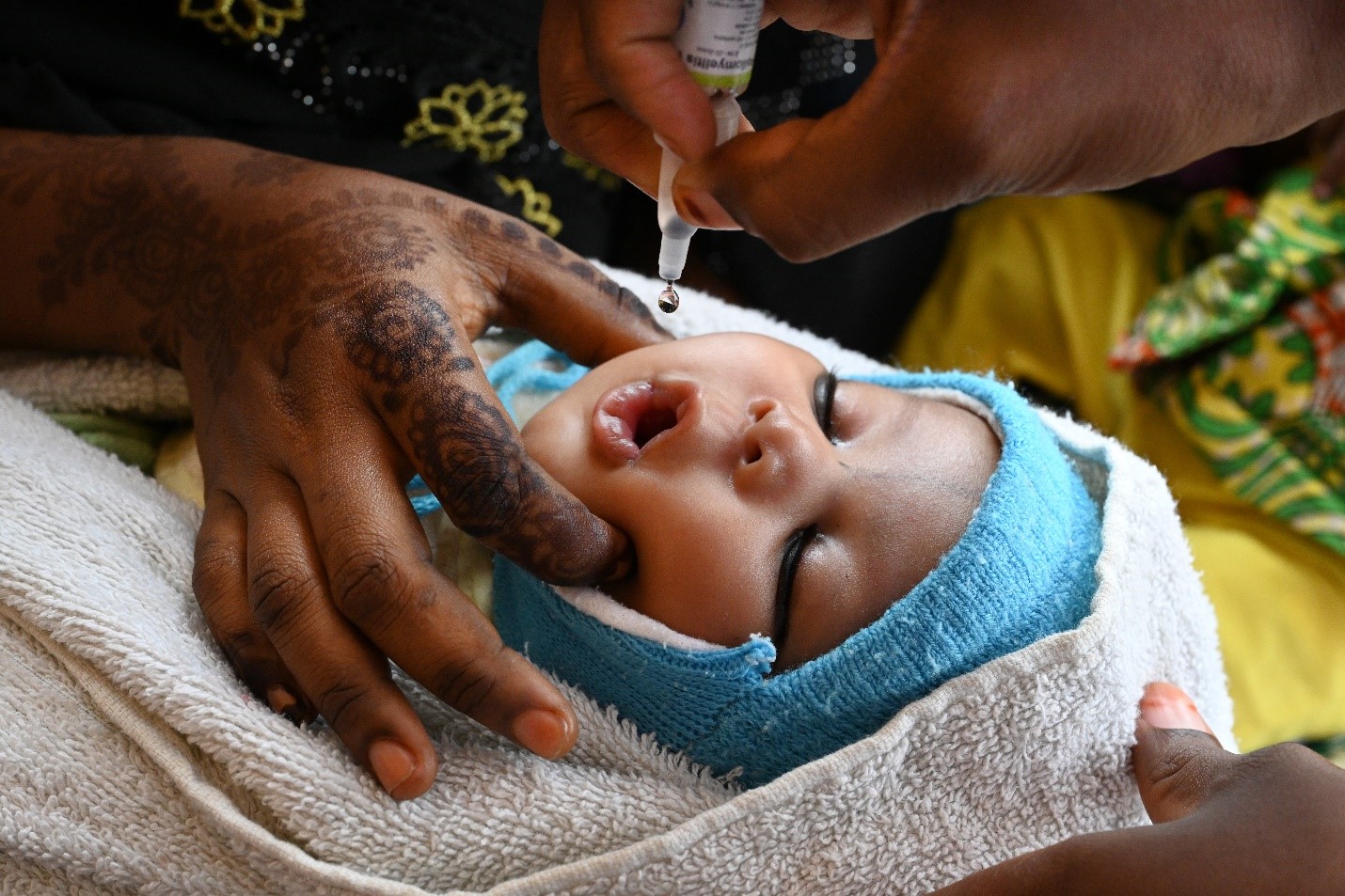 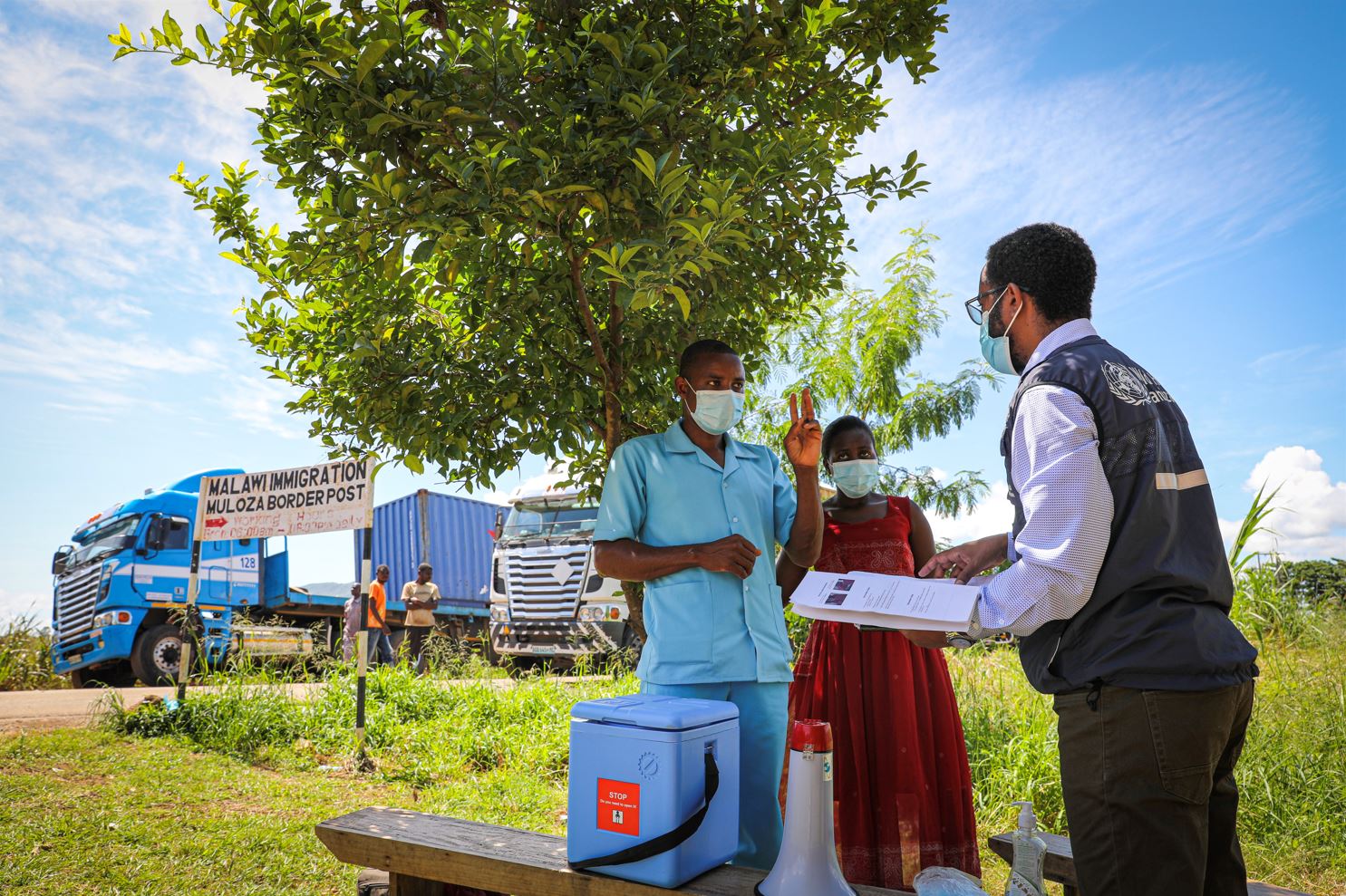 At the Malawi-Mozambique border, health worker Douglas Alimoyo provides the polio vaccine to children on the move. ©WHO/Marta Villa Monge
Vaccination campaigns are being carried out across southern Africa following Malawi’s detection earlier this year of its first wild poliovirus case in 30 years. The participating countries are Malawi, Mozambique, Tanzania, Zambia and Zimbabwe.
“Every effort is being made to vaccinate every eligible child. This is a dangerous disease with no cure, but full vaccination can prevent paralysis,” said Dr Modjirom Ndoutabe, Polio Programme Coordinator at the WHO Regional Office for Africa. “We are supporting these five countries to deliver quality and effective vaccination campaigns, which will safeguard children and stamp out the virus.” 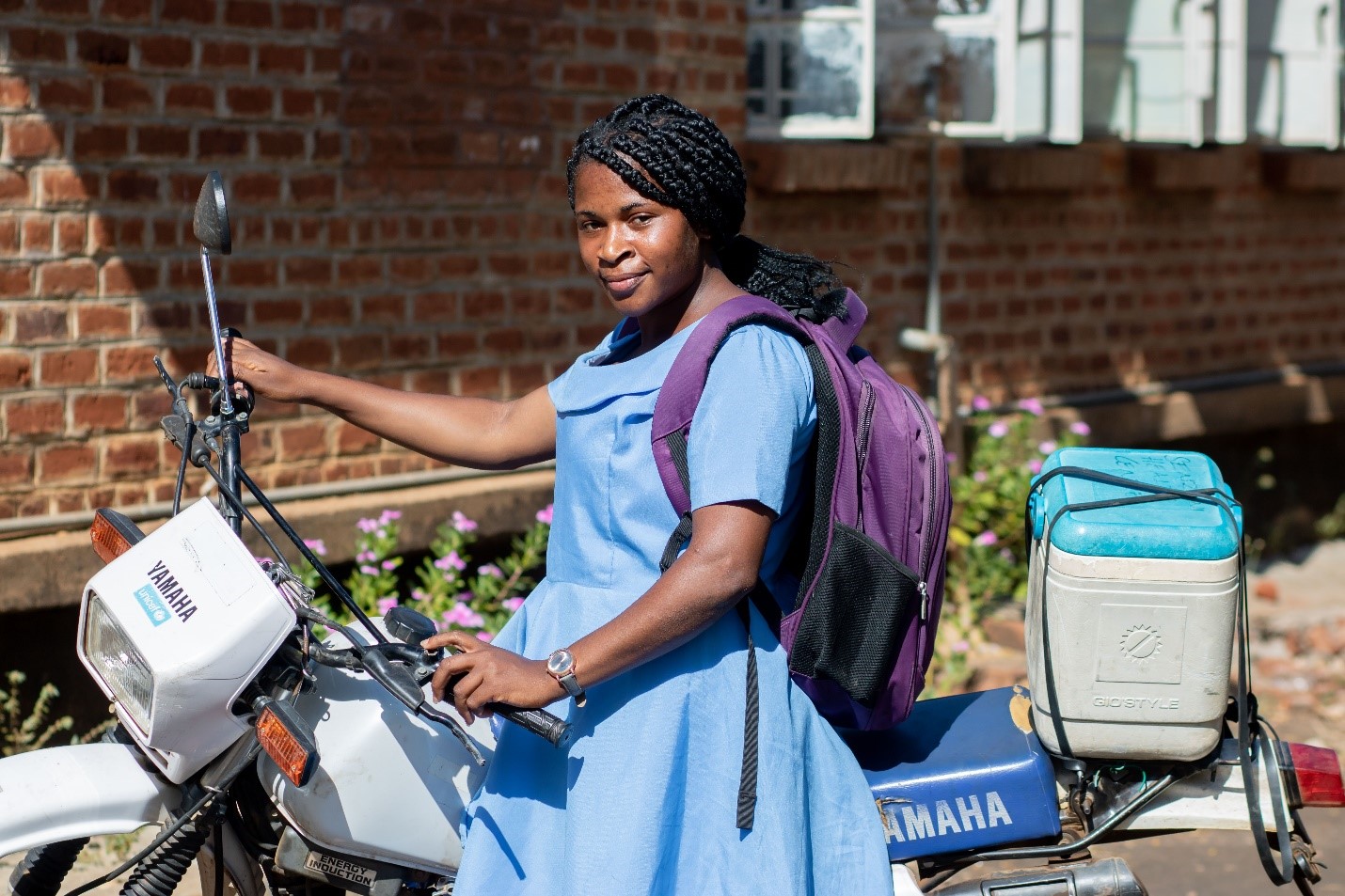 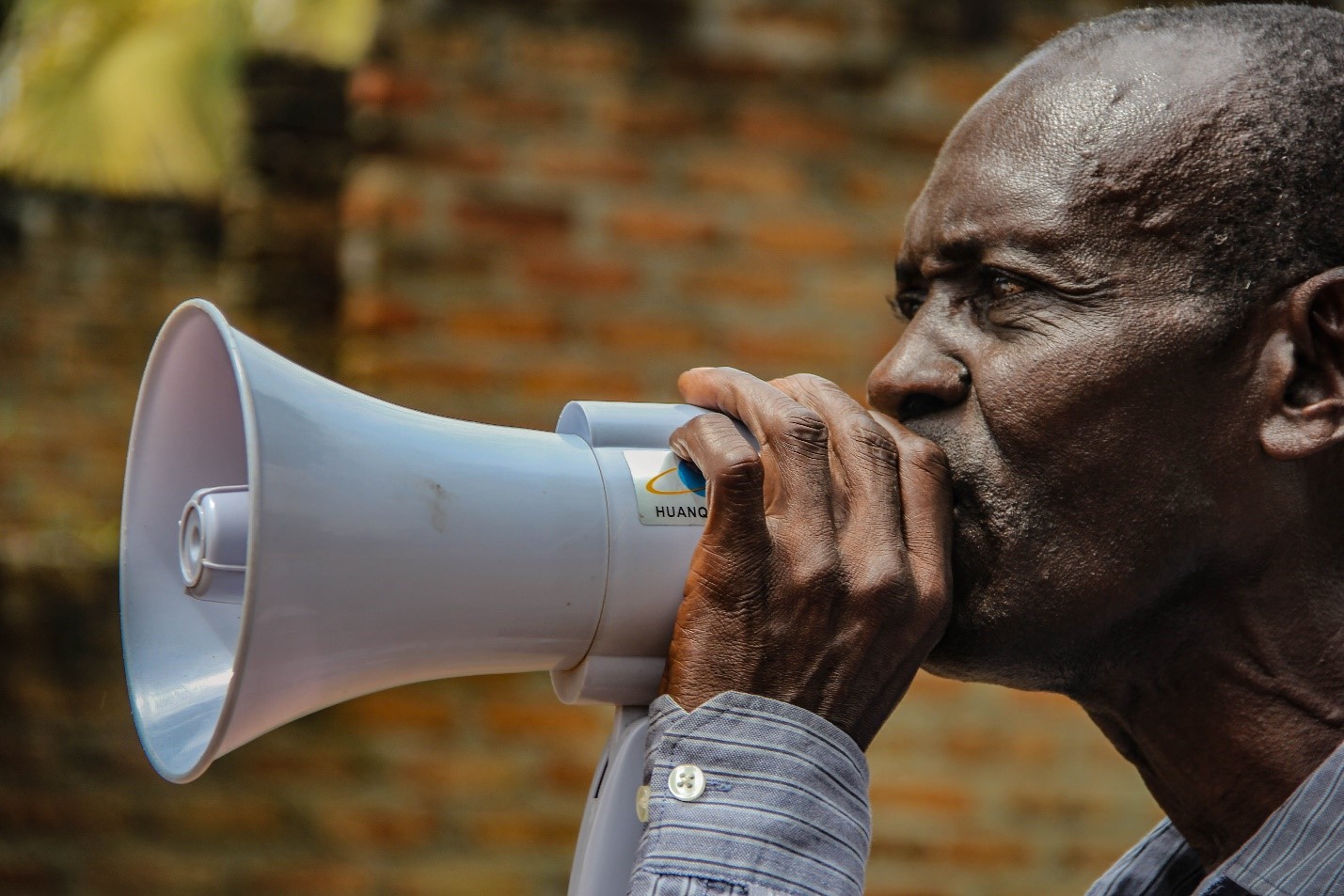 
Subscribe to newsletter →
Related
Read more stories about WHO’s impact across the world
Read more about WHO contributors
Read more on flexible funds for a strong, agile and independent WHO