Donors making a difference: Funding a range of lifesaving immunization for people of all ages – World Health Organization 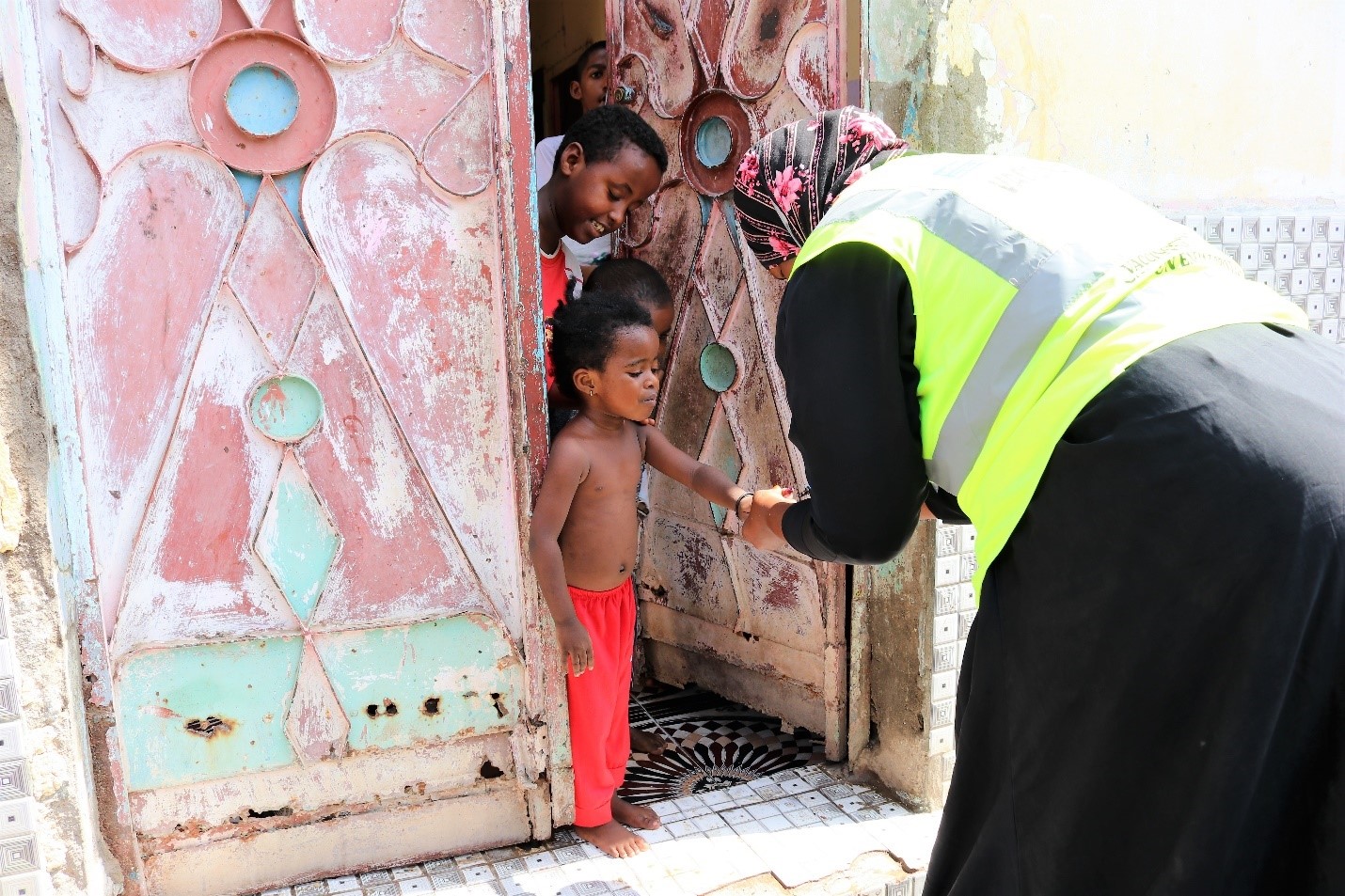 Polio vaccination, Djibouti, March 2022. ©WHO
Contributions from donors are allowing WHO to help countries acquire and deliver vaccines to protect their populations from polio, cervical cancer, malaria, cholera, measles, COVID-19, typhoid and other dangerous but preventable diseases.
To mark World Immunization Week, we offer stories about the piloting of the world’s first malaria vaccine, campaigns to immunize populations against polio, cervical cancer and hepatitis B, and about ECHO-funded projects to help African countries catch up on COVID-19 vaccinations.

Polio vaccination in Balbala, a southern suburb of Djibouti City, March 2022. ©WHO

Nearly 400 polio vaccination teams went door to door in Djibouti during a five-day campaign in late March to immunize more than 150 000 small children.
The campaign visited homes, health facilities, schools, a refugee camp for Yemeni refugees and other sites across the country. The teams were trained by UNICEF and WHO experts.
“Djibouti stands as a regional leader in the battle against poliovirus outbreaks,” said Acting WHO Representative to Djibouti Mohamed Jameleddine Ben Slama. “The country is saying loud and clear, we refuse to give a safe harbour to the poliovirus.” 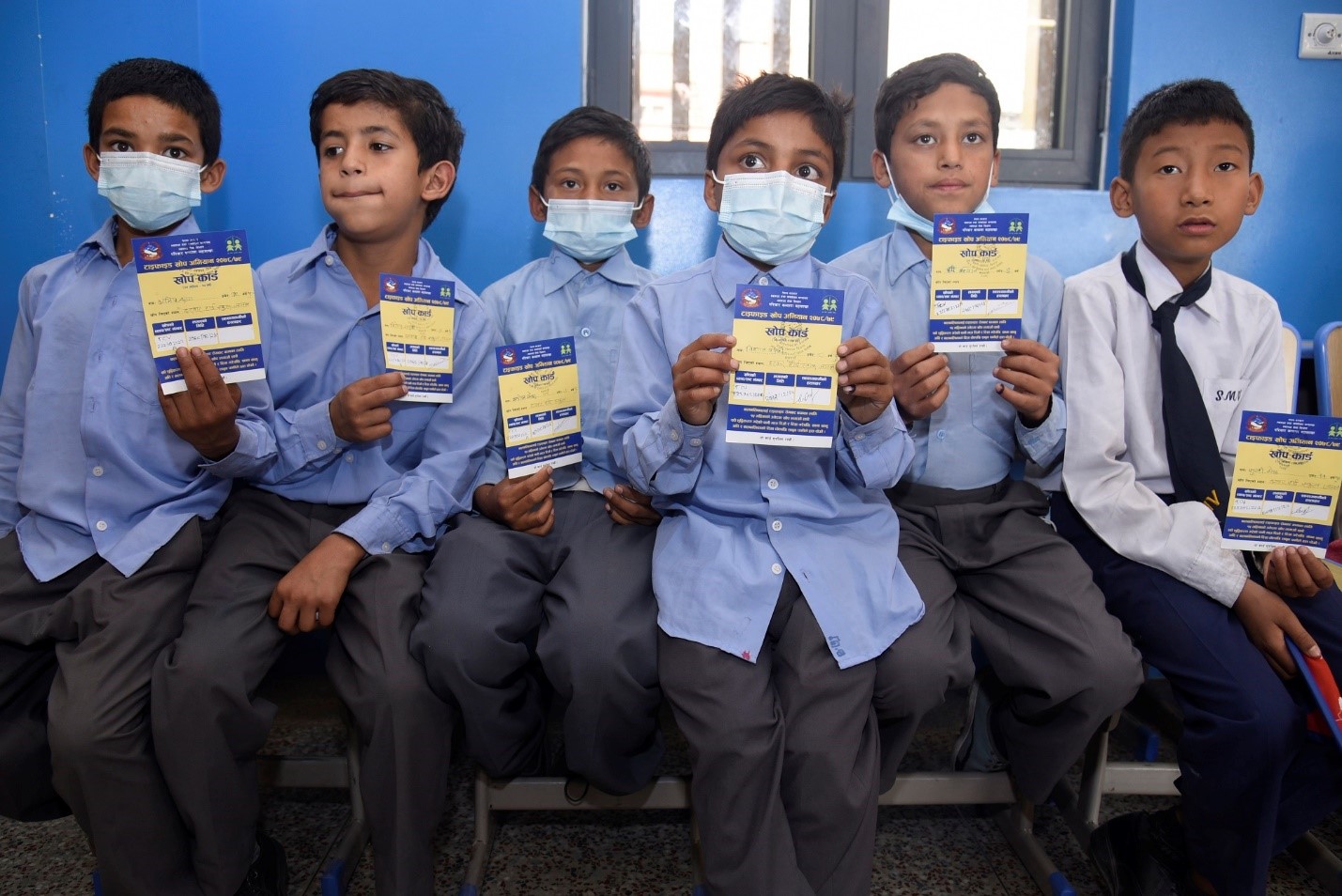 Children in Kathmandu, Bagmati province, display their vaccination cards during this month’s campaign. ©UNICEF
The Government of Nepal launched a campaign this month that introduces typhoid conjugate vaccine into the country’s routine immunization programme. The effort is expected to save the lives of thousands of children.
More than 50,000 sites, both urban and rural, have been set up for the three-week campaign, after which the typhoid vaccine will be introduced into Nepal’s routine immunization schedule and administered to children at 15 months.
The campaign will also promote routine immunization in Nepal by identifying toddlers (aged 15 to 23 months) who have missed their vaccines and ensuring they can get access to them.
The Global Burden of Disease study estimated that in 2019, there were at least 82,449 typhoid cases and 919 typhoid deaths in Nepal.
Gavi, the Vaccine Alliance, UNICEF, WHO and other partners participated in the effort. 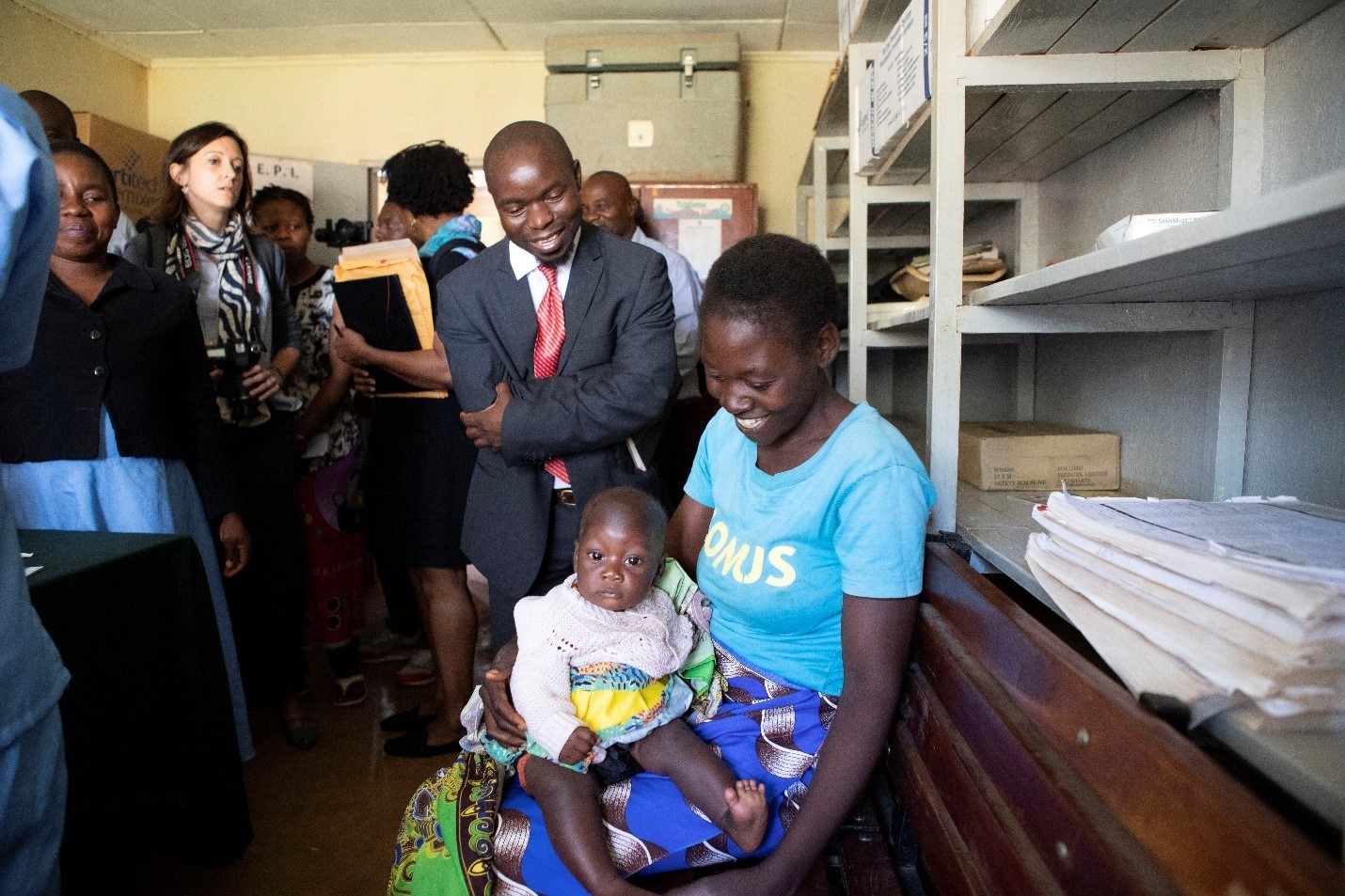 Lusitana, a baby in Malawi, became the first person in the world to receive the malaria vaccine on 23 April 2019. ©WHO/ Mark Nieuwenhof
Ghana, Kenya and Malawi have been participating in a pilot of the world’s first malaria vaccine. WHO recommends the vaccine – known as RTS,S – for widespread use in areas with high transmission of the P. falciparum malaria parasite.
In late March, Dr Mike Chisema, Head of Malawi’s Expanded Programme on Immunization, sat down for a chat about the experience and knowledge the pilot has yielded so far:
Q: On 6 October 2021, WHO recommended the first malaria vaccine for children at risk. What were some of your first reactions?
Dr Chisema: “This was an important decision, a time to celebrate and appreciate Malawi’s role in reaching this point, and what we’ve achieved as a country. The reaction in Malawi was very positive, and people welcomed the inclusion of the malaria vaccine as an additional instrument that can support progress toward malaria elimination, as it reduces illness and child deaths from malaria in endemic countries, including in high-burden ones like Malawi.”
Good news for the fight against cervical cancer 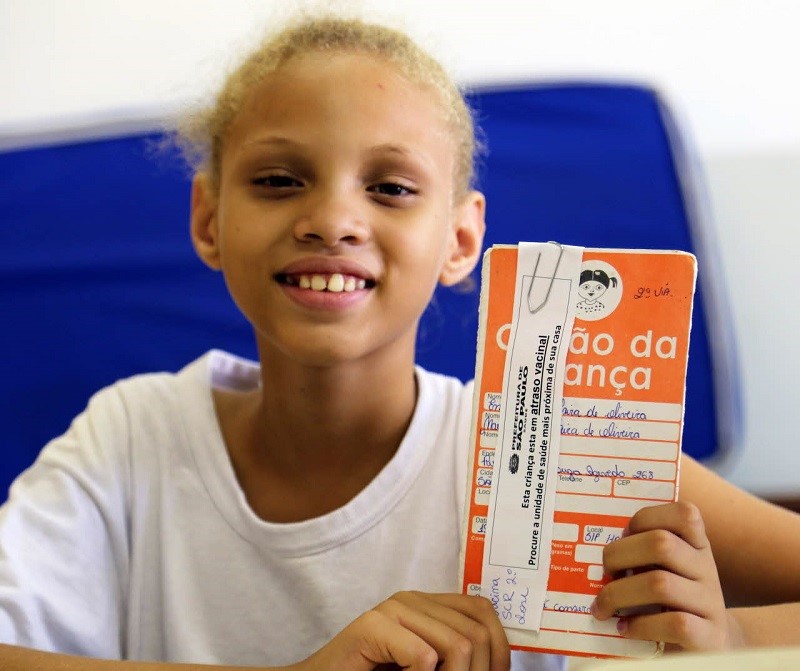 A girl in Brazil shows her vaccination card. ©WHO
A one-dose vaccine offers solid protection against human papillomavirus (HPV), the virus that causes most cervical cancer, the WHO Strategic Advisory Group of Experts on Immunization (SAGE) concluded this month.
“This single-dose recommendation has the potential to take us faster to our goal of having 90% of girls vaccinated by the age of 15 by 2030,” said WHO Assistant Director-General Dr Princess Nothemba (Nono) Simelela, explaining that a single dose option is less costly and easier to administer.
Sexually transmitted HPV causes more than 95% of cervical cancer, which is the fourth most common type of cancer in women. About 90% of cases occur in low- and middle-income countries. 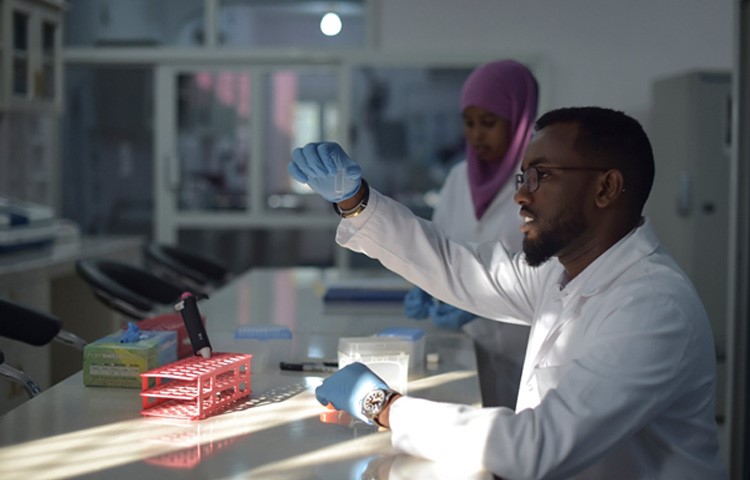 At a medical laboratory in Somalia, one of 15 African countries that will receive WHO assistance to boost its vaccination coverage under an ECHO grant project. ©UNFP
COVID-19 vaccination coverage is marked by striking differences among African countries, ranging from 100 percent in the Seychelles to 0.12% in Burundi.
A new grant of EURO 100 million from ECHO (the European Union Directorate-General for European Civil Protection and Humanitarian Aid Operations) aims to help national health systems in Africa implement vaccination campaigns for the “last mile” delivery of vaccines.
The project – known as the EU Humanitarian Initiative in support of COVID-19 vaccination rollout in Africa – brings together WHO, UNICEF, the World Food Programme, the International Committee of the Red Cross, the International Organization for Migration and many other organizations to help 34 African countries boost their COVID-19 vaccination rates.
WHO’s part of the ECHO project, funded by a EUR 16 million grant, is to work in 15 countries, providing technical support. Activities to be carried out by WHO over 18 months include digitalizing data-collection systems, training, developing strategy and policy and other areas. The 15 countries are Burundi, Cameroon, Central African Republic, Chad, Democratic Republic of the Congo, Guinea, Liberia, Madagascar, Mali, Mozambique, Niger, Nigeria, Somalia, South Sudan Republic, and Sudan.
Funding to COVID-19 vaccination is part of a “Team Europe” approach, bringing together European Union Member States and institutions. The EU has provided more than EUR 656 million in humanitarian support in response to COVID-19 and its social and economic consequences since 2020, according to the European Commission.
In Africa, vaccination coverage averaged about 16% at the end of March, far from the WHO global target of 70% for the middle of this year.
In related news: Read about COVID-19 myth busters in Democratic Republic of the Congo and specially tailored mass-vaccination campaigns in Cote d’Ivoire 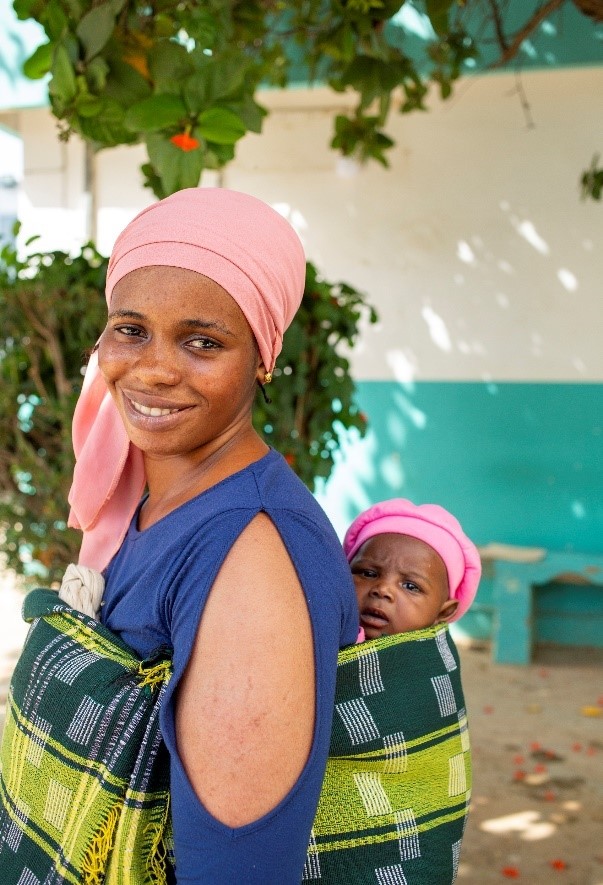 In Senegal, Marlène Seck’s infant daughter received her first dose of hepatitis B vaccine. ©WHO
In Senegal, 17% of the population carries chronic hepatitis B virus, a liver infection that kills about 80 000 people in Africa every year. Senegal is fighting back by following the WHO-recommended regime of four vaccination doses for children, starting at birth.
“If we get to vaccinate every single child within 24 hours after they are born, followed by at least two additional doses, we will eradicate this disease and the related cancers,” said Dr Ousseynou Badiane, Head of the Expanded Programme on Immunization of the Ministry of Health and Social Action.
Most chronic hepatitis B infections are acquired at birth and in childhood, and many people have it for years without knowing.
“We mothers come to vaccinate our children because we see a great advantage,” said Marlène Seck who brought her daughter to the Philippe Maguilene Senghor Health Centre for hepatitis B vaccination. “Given at the moment they are born, the vaccine protects our children from complications that may arise in the future.” 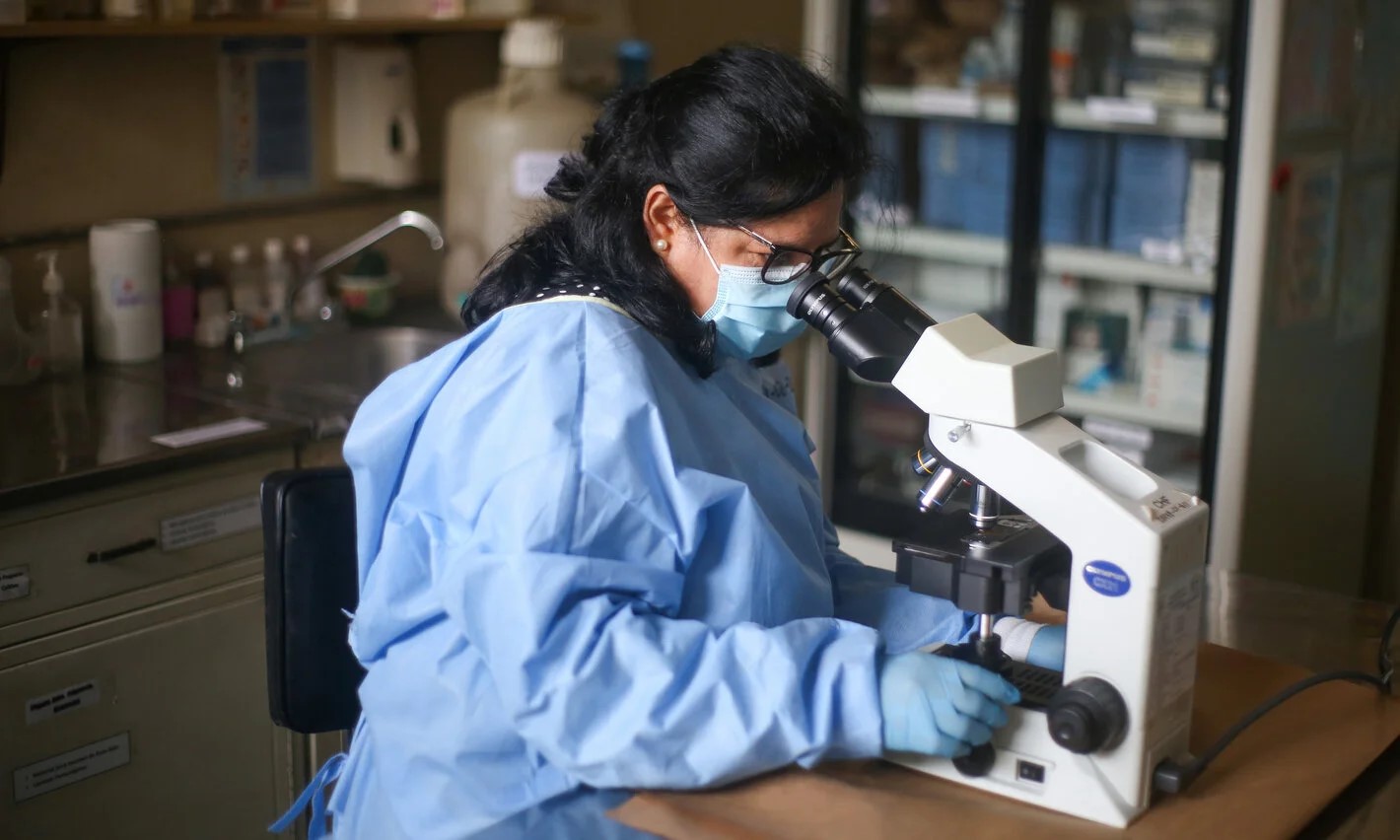